Girl In A Box 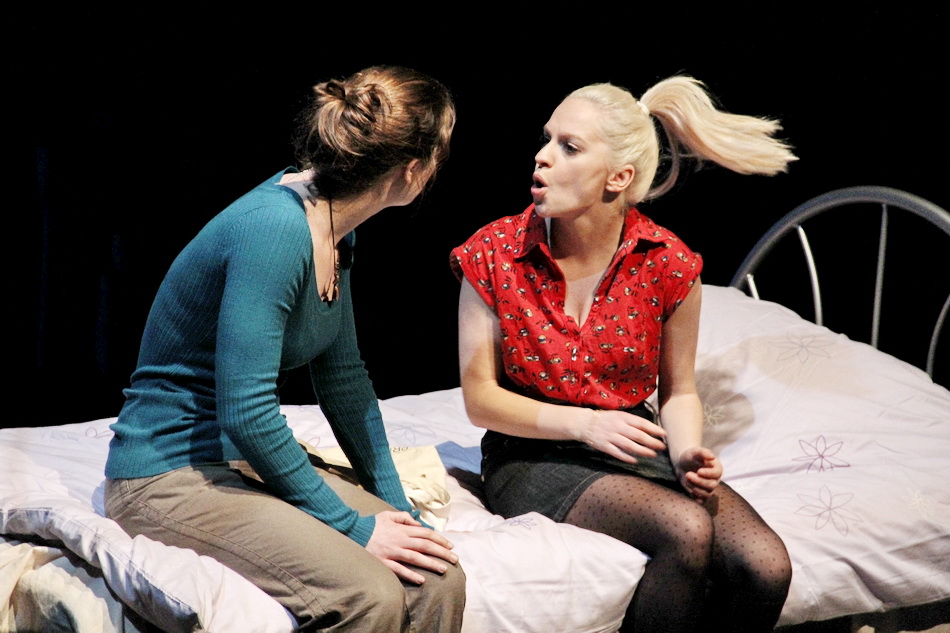 Monique sees X-Factor as an escape route from a life 'in care'; her best friend, Mel is keeping her options open and is seriously considering 6th form. But Monique's ex boyfriend, gang member, Sam has other plans for them; unleashing a sequence of disturbing events that lead all the way to the girl in the box - A modern day parable tackling the worrying trend of sexual exploitation of vulnerable girls by gangs, and the dark consequences of drug crime.

Programme notes: Some years ago I was paid to research a play that was commissioned for The Fetch Theatre Company about drug use in rural counties, and before long I was meeting users, carers, gang members and prostitutes. The stories of the people I met were sad, moving and sometimes brutal. But above all one person left a lasting impression on me; a young woman who had been groomed, hooked on heroin, and subjected to sexual acts that I couldn't quite comprehend. Of course in city and urban towns, these problems are even greater, and working as a Registered Care Worker in children’s homes I was only too aware of the abuse of young girls by gangs long before the appalling revelations of sexual abuse in Rochdale and indeed all around the UK, and I knew it was a subject (as dark as it was) that I had to tackle. It is worrying to even acknowledge that young girls could be subjected to such hellish ordeals, but this stuff is happening all around us and we can't afford to turn our back on it. I hope this play in some small way shines a light on these significant issues and highlights a problem that we can no longer afford to ignore. - Alex Jones, March 2012