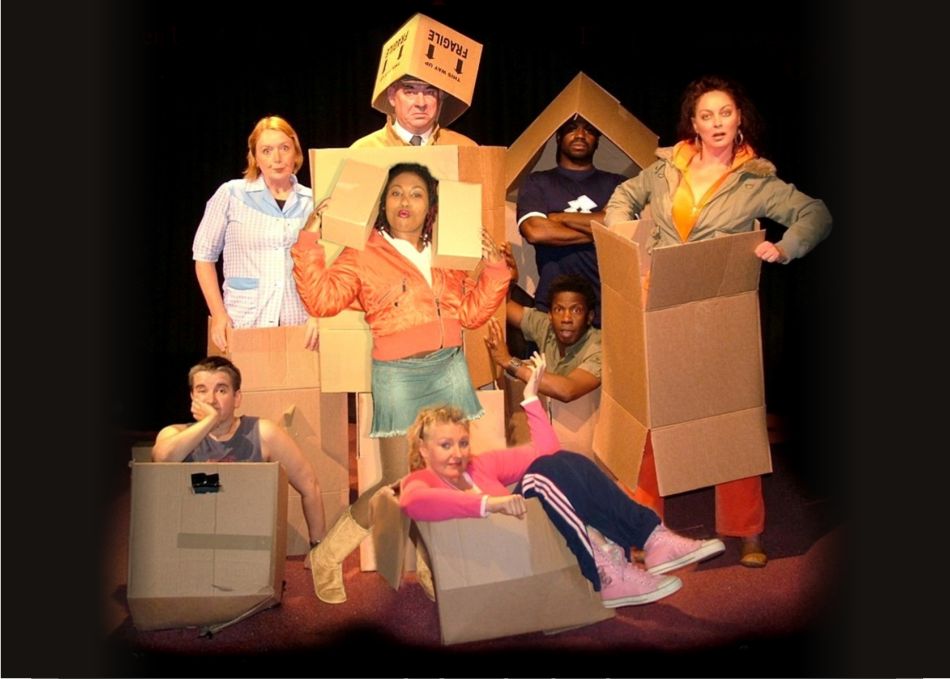 Set in the heart of what was once the cradle of industry, the Black Country, Packers centres around the lives of five women working in a small packing company for an unprincipled boss.

It follows their struggles, hopes and aspirations as they deal with hypochondria, hypothermia and murderous intent on the run up to Christmas. But most of all Packers is a life affirming story of ordinary people dealing with the highs and lows of life, love and packing tape!

Alex Jones's new play is a rarity indeed - a feel good comedy written in broad Black Country dialect. Carol, Kelly, Sam, Mia and Nell are five randomly assorted women scratching a minimum wage living packing goods in a little business run by the Scrooge-like Andy. Mia, the youngest, is fancied by Dexter, the hapless handyman, but also by Andy, who is taking advantage of her naivety to spin her a line about putting her through secretarial college. Then there is Kelly's partner Max, who has just been made redundant and, with Christmas coming up, joins forces with Dexter in a seemingly foolproof heist which will solve their immediate financial problems while settling a couple of scores with Andy.

Staged by Zip Theatre at the cosy community arts centre where it is based, these actors must be among the few who are completely at ease with the Black Country setting. It's quite something to be reminded how much the language still changes when you drive a few miles from the centre of Birmingham. I was particularly tickled by the name of the company making the Christmas crackers the women are packing against the clock: "Crackers Am We". More performances should add sharpness, but there are already some good performances here, notably from Lesley Beaumont as the brassy Carol, Cathy Pemberton as the garrulous wet-blanket Nell and Dennis French as the blustering Max. It deserved its warm opening-night reception, and is touring small venues around the region in the next two weeks. - Terry Grimley